The Sherwin Miller Museum of Jewish Art opened the Sanditen/Kaiser Holocaust Center in November 2020, an expansion that doubled the size of the Center and ushered in a new era for the Holocaust exhibit.

The Center showcases over 250 artifacts from soldiers and survivors never before seen by the public. The horrifying events of the period are chronicled through the testimonies of five Holocaust survivors who made Oklahoma their home. Their first-hand accounts, along with various objects and documents provide a walkthrough of history, exposing the effects of hate, local and worldwide. The center attracts visitors who wish to learn why and how the Holocaust occurred, and how to ensure it never happens again. 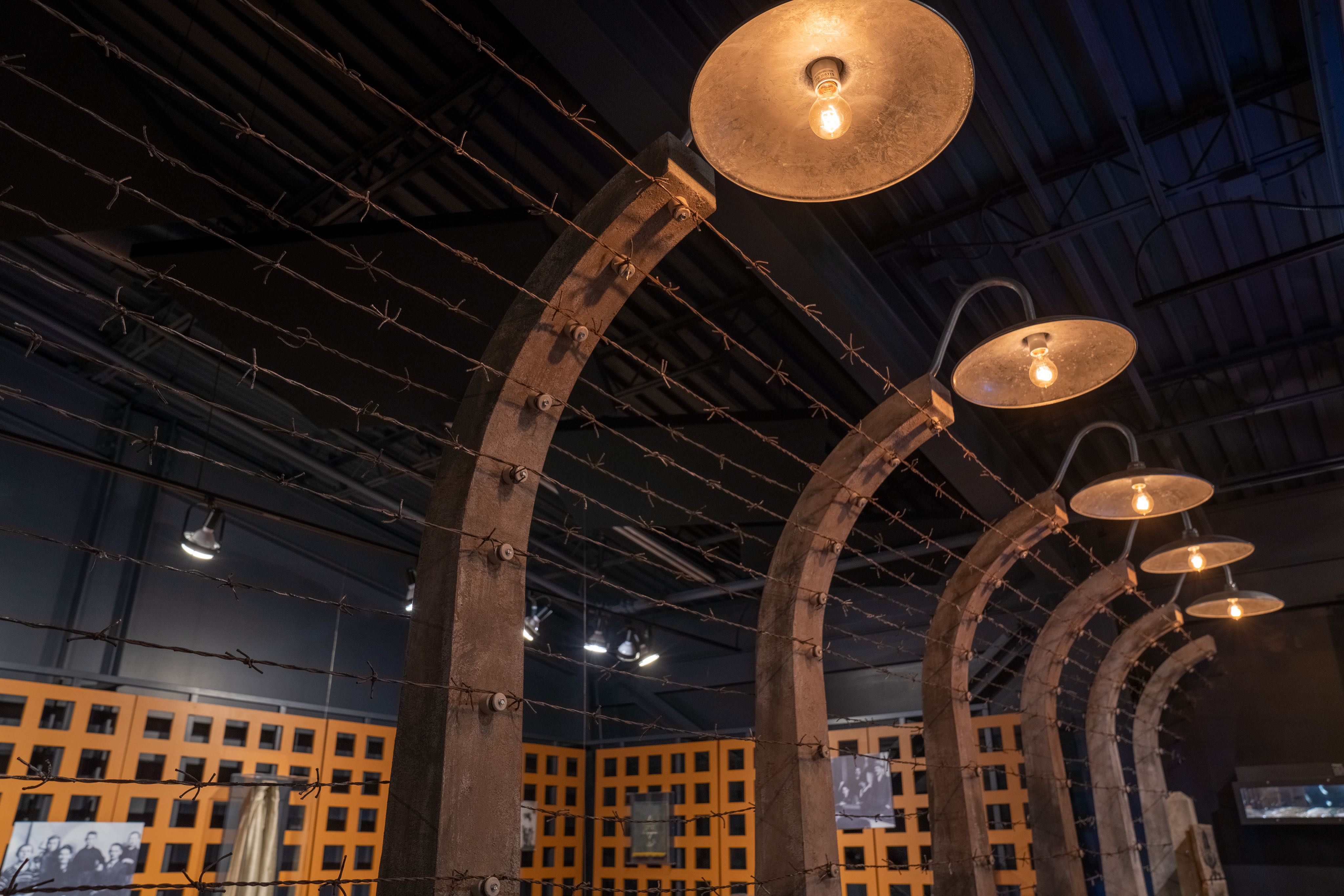 Moments of hate can be found everywhere and at any time. Before learning the lessons of the Holocaust, you’ll learn of its parallels to the atrocities that have occurred in Tulsa, from the forced removal of the Muscogee Nation to Indian Territory in 1830 to the 1921 Tulsa Race Massacre.

For centuries before the term “antisemitism” emerged, Jews were persecuted as a minority group whose loyalties were questioned by polytheistic and, later, Christian and Islamic regimes. Though some ancient societies admired Jewish solidarity, ethics, and monotheism, Jews often paid a terrible price for their religious difference, statelessness, and economic successes, which induced bafflement, envy, and outrage among masses of people who felt themselves more deserving.

Jews had lived in Europe for almost 2000 years. Dependent on where they lived and when, they might have experienced persecution and isolation, or prosperity and social acceptance.

By the 1880s, Jewish life was unstable throughout Europe. While western Jews had gained equal rights by law, religious antisemitism reappeared with political and racial overtones. In Eastern Europe, Jews faced poverty, antisemitism, and periodic outbreaks of mass violence known as pogroms. Jewish traditions and culture remained vital — religious life was rich and fervently observed, and artists, writers, scholars, and scientists thrived and contributed much to society. By 1933, more than 9,000,000 Jews lived in continental Europe.

German democracy, known as the Weimar Republic, was increasingly at risk during the 1920s and early 1930s. Dissatisfaction with the parliamentary system grew as rising unemployment and hunger caused by worldwide economic depression made everyday life miserable for most Germans.

Hitler assumed power under a guise of lawfulness that concealed his true intentions. Conservative politicians underestimated him, while left-wing politicians were equally naïve. Neither took Hitler seriously until it was too late. When he became Chancellor, he inaugurated his regime with a wave of violence by Nazi Party storm troopers, the Sturmabteilung (or SA), against his political opponents. Violence and brutality were used to prevent any militant opposition to Hitler’s dictatorship and to remove barriers on his path to total power. 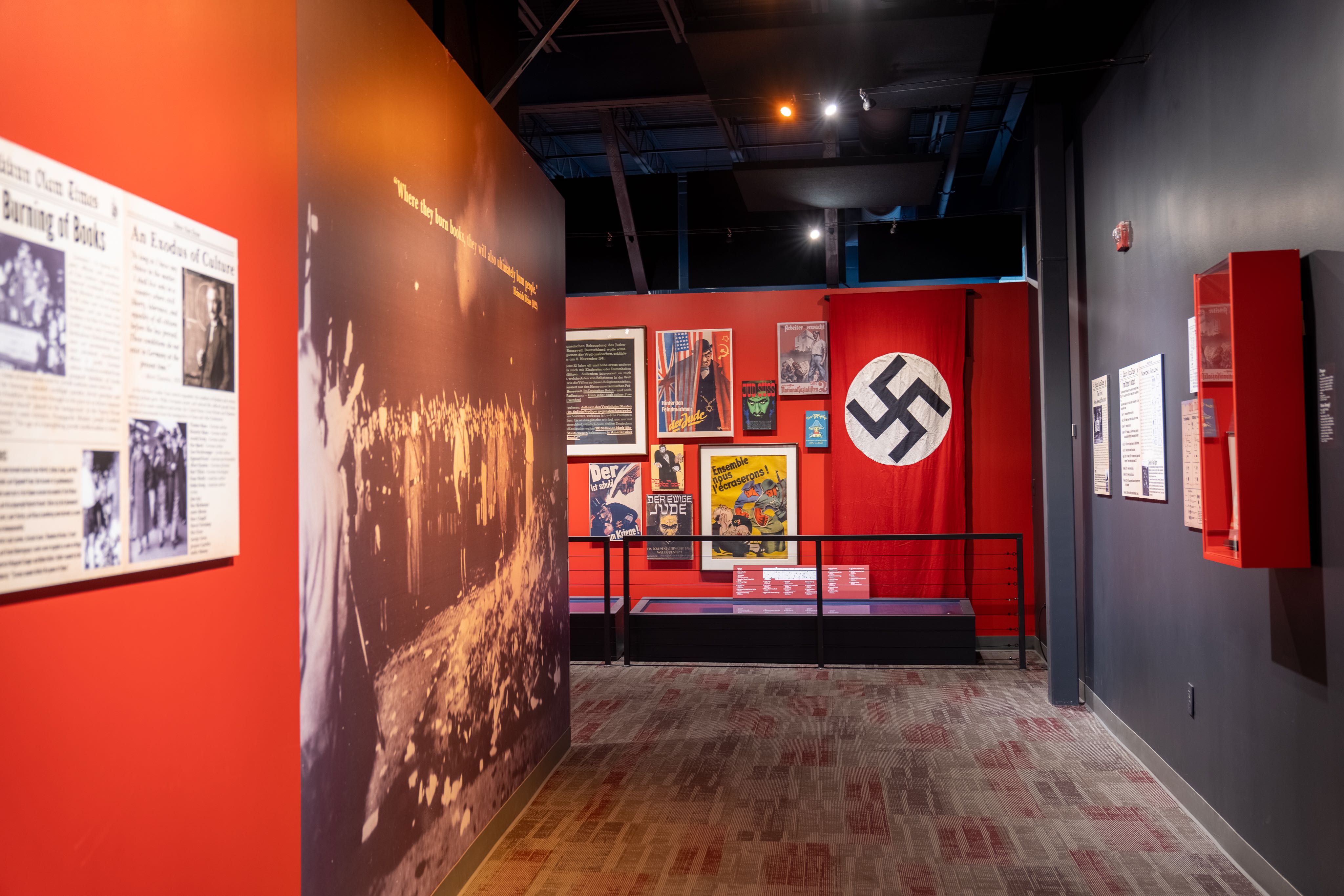 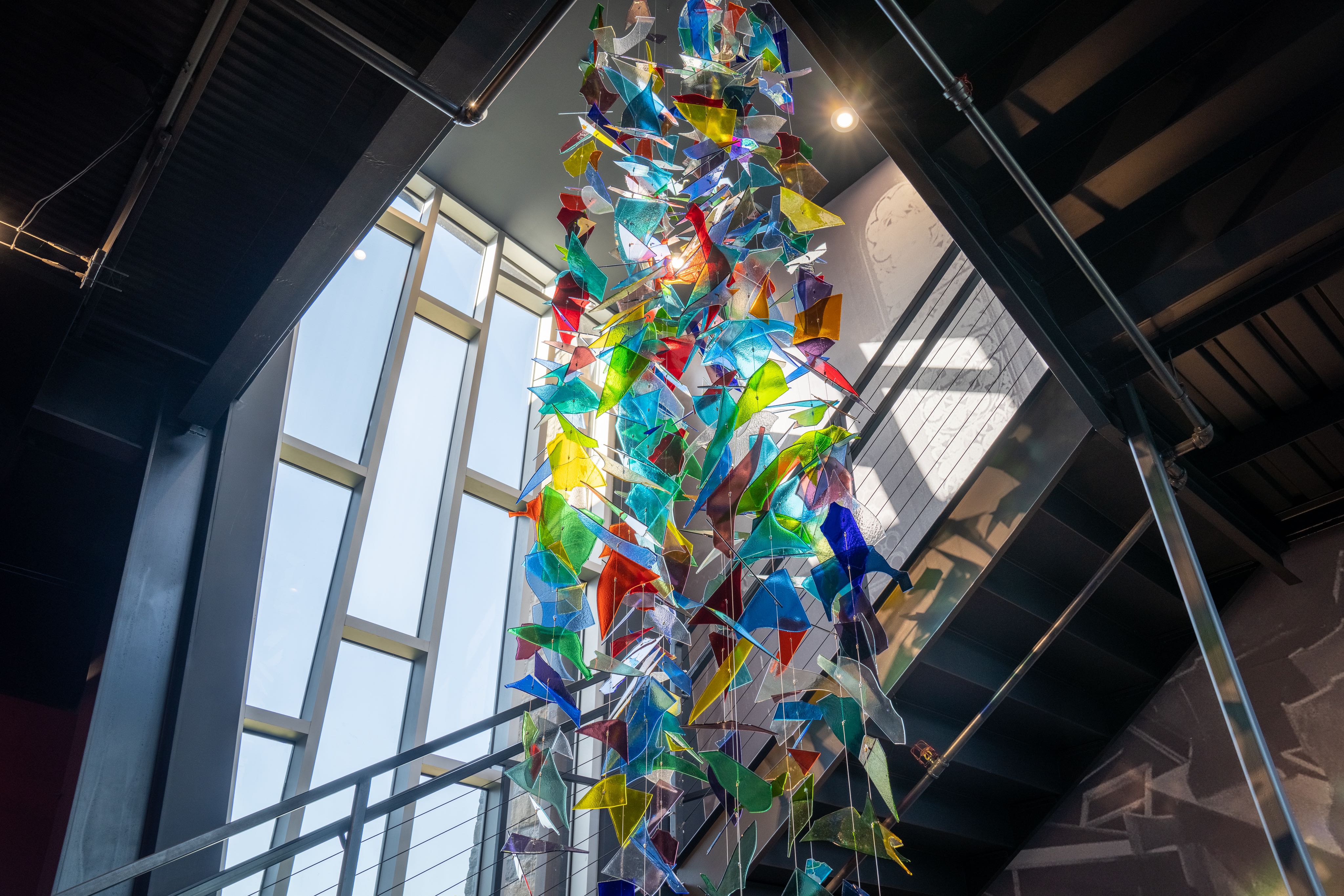 Around 1,140 ghettos of varying sizes were established throughout German-occupied territories in which more than 2,000,000 Jews and over 8,000 Roma were confined. In all ghettos, severe overcrowding, terrible sanitary conditions and starvation were the norm. 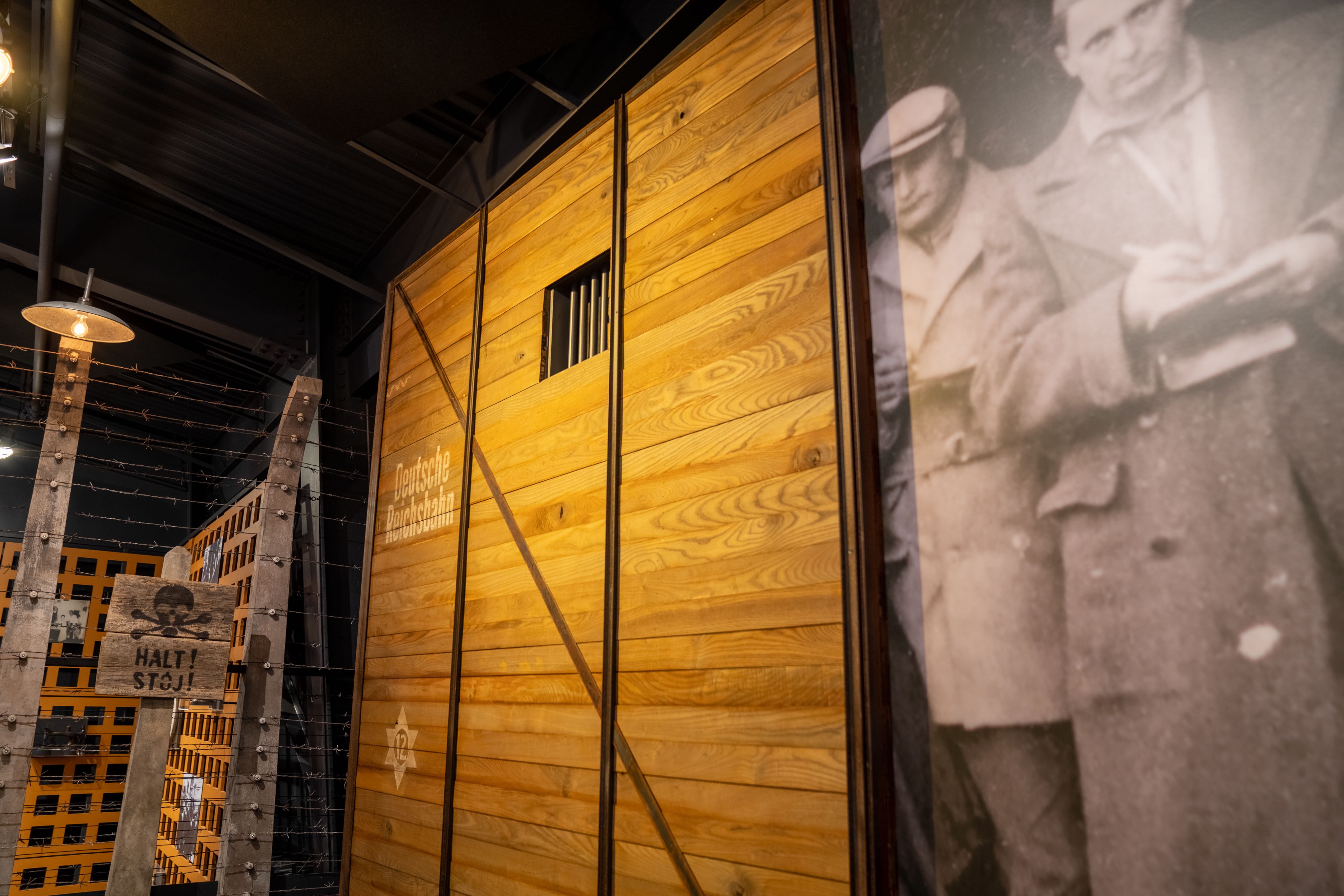 As the war continued, concentration camp inmates and drafted non-German civilian labor grew more essential to the economy. Beginning in spring 1942, labor shortages compelled the SS to modify its treatment of some of these workers. Soviet prisoners of war were no longer starved, shot, or gassed but instead were put to work. The new policy, however, did not affect the ongoing genocide of Jews and Roma. Late in 1941 and 1942, the Nazis established killing centers in occupied Poland to eradicate Europe’s remaining Jews, using mobile gas vans at Chelmno and large gas chambers at Belzec, Sobibor, and Treblinka. Virtually all prisoners transported to these four camps were immediately murdered. Auschwitz-Birkenau functioned as both a concentration camp and a killing center. Majdanek served primarily as a concentration camp and secondarily as a killing site. Both camps had gas chambers. Nearly 2.7 million Jews were murdered in killing centers. Tens of thousands of Poles, Roma, Soviet prisoners of war, and others were also killed at these sites. 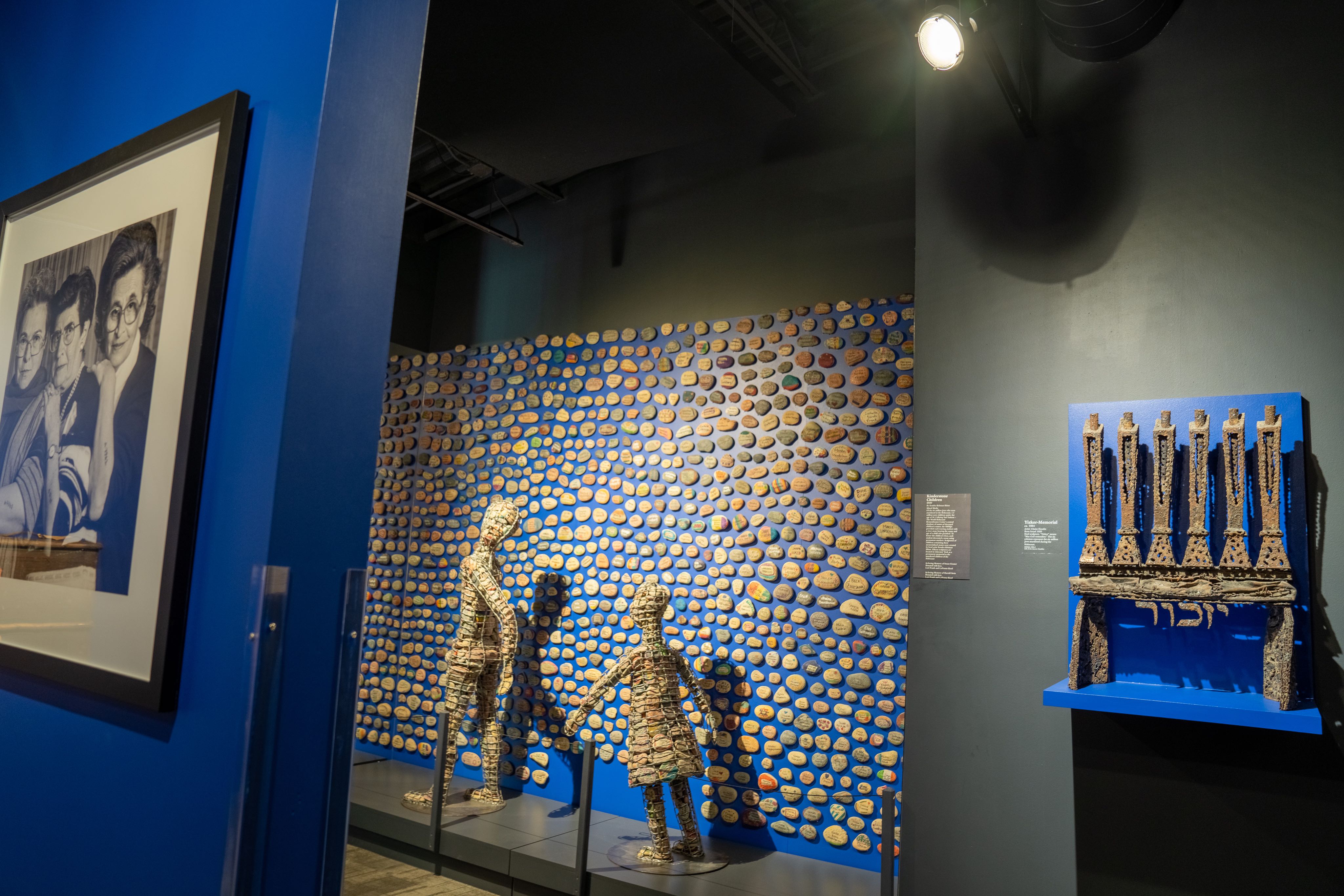 During Germany’s military collapse, converging Allied and Soviet armies liberated concentration camps that lay in their path. Although liberation was not a primary objective, it became an important byproduct of the goal to defeat Germany and its allies.

After the war, Jewish survivors desperately wanted to leave Europe. Their Holocaust experiences dramatically reignited the desire of many to go to Palestine, their historic homeland. With growing pressure on the British to allow tens of thousands of Jews living in displaced person camps and detention centers in Cyprus to immigrate, the British conceded they could no longer manage Palestine and handed the issue over to the United Nations. On November 29, 1947, the British Mandate over Palestine expired. Zionist leader David Ben-Gurion announced the formation of the State of Israel and was named its first prime minister. U.S. President Harry S. Truman recognized the new nation on the same day, with the USSR following three days later.

Explore the largest collection of Judaica in the Southwest, which includes everything from archaeological artifacts that date back to the ancient era, to contemporary fine art from artists based in Tulsa. This experience engages, educates, and entertains through exhibits based on Jewish life, culture, and heritage. 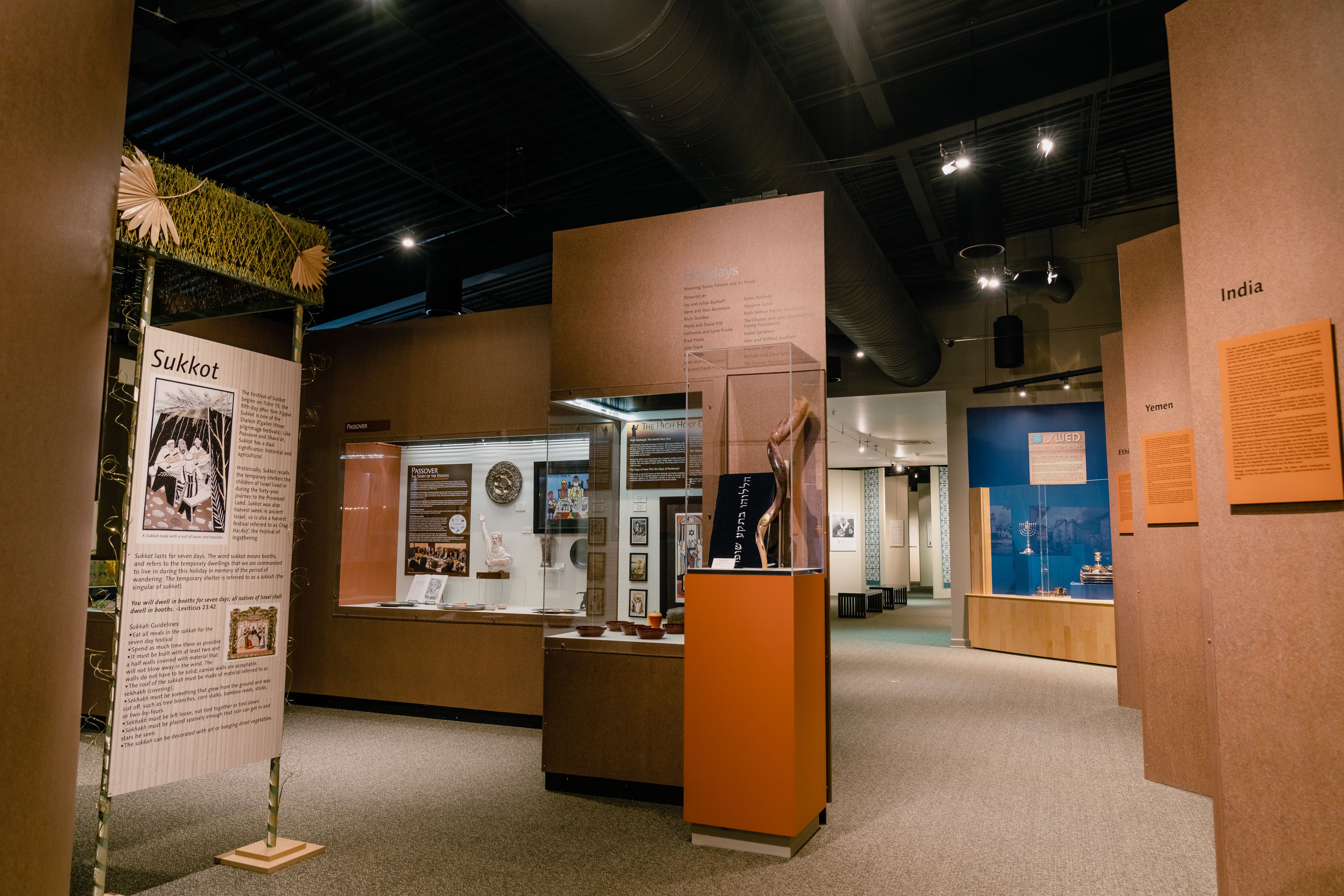