The Sherwin Miller Museum of Jewish Art (SMMJA) and its collections have been a part of Tulsa for decades. It began in 1965 when a local synagogue brought a traveling exhibit, “Traditional Ceremonial Art,” from the Jewish Museum in New York to the Tulsa community. It generated great interest in Jewish culture and art, and the following year, the Gershon and Rebecca Fenster Gallery of Jewish Art opened to the public. Sherwin Miller, the first Curator of the Gallery, began collecting Jewish art and artifacts in earnest.

In 2000, the Museum was renamed The Sherwin Miller Museum of Jewish Art to recognize the achievements and contributions of its first curator. In 2003, the Museum moved to its current location on the Zarrow Campus, shared with the Jewish Federation of Tulsa/Charles Schusterman Jewish Community Center, Mizel Jewish Community Day School, and Zarrow Pointe.

The SMMJA’s upper level displays the Museum’s permanent collection of art and artifacts showing the 5,000-year history of the Jewish people from the pre-Canaanite era through the settling of the Jewish community in Tulsa and the American Southwest. Visitors learn about the exiles’ and immigrants’ travels to new home lands, Jewish practices, ceremonies, holidays, and overall heritage.

The lower-level of the Museum features the Herman and Kate Kaiser Holocaust Exhibition, containing hundreds of objects donated by Oklahoma veterans who took part in the liberation of German concentration camps. Other artifacts were brought to Oklahoma by Jewish refugees from Nazi Germany. Many are mementos of those who died in the Holocaust; others are dedicated in memory of them by their families. These Oklahomans have made their stories part of the Holocaust Education Center at the SMMJA in order to bear witness to the terrors they encountered during the Nazi regime.

In addition to its permanent and temporary exhibitions, the SMMJA also serves as the home to the Julius and Gertrude Livingston Oklahoma Jewish Archives, the Tulsa Jewish Genealogical Society, and the Markovitz Jewish Genealogy Study and Research Center. The archives serve as a repository of the Jewish experience in Oklahoma through a collection of over 10,000 items, documents, and photographs. The genealogical society acts as a local resource for area genealogists who are researching their roots. Furthermore, the SMMJA library serves as a research facility for those interested in Judaic studies, the holocaust and genealogy.

The mission of the SMMJA is to preserve and share the legacy of Jewish art, history and culture. Through exhibitions and educational programs focusing on Jewish culture, history, religion, and art, the Museum hopes people will come to understand and identify with the Jewish experience. From its humble beginnings in the lobby of Congregation B’nai Emunah, the museum has changed from being a repository of art and religious objects to an educational institution dedicated to the eradication of hate and to the promotion of understanding between the diverse cultures. 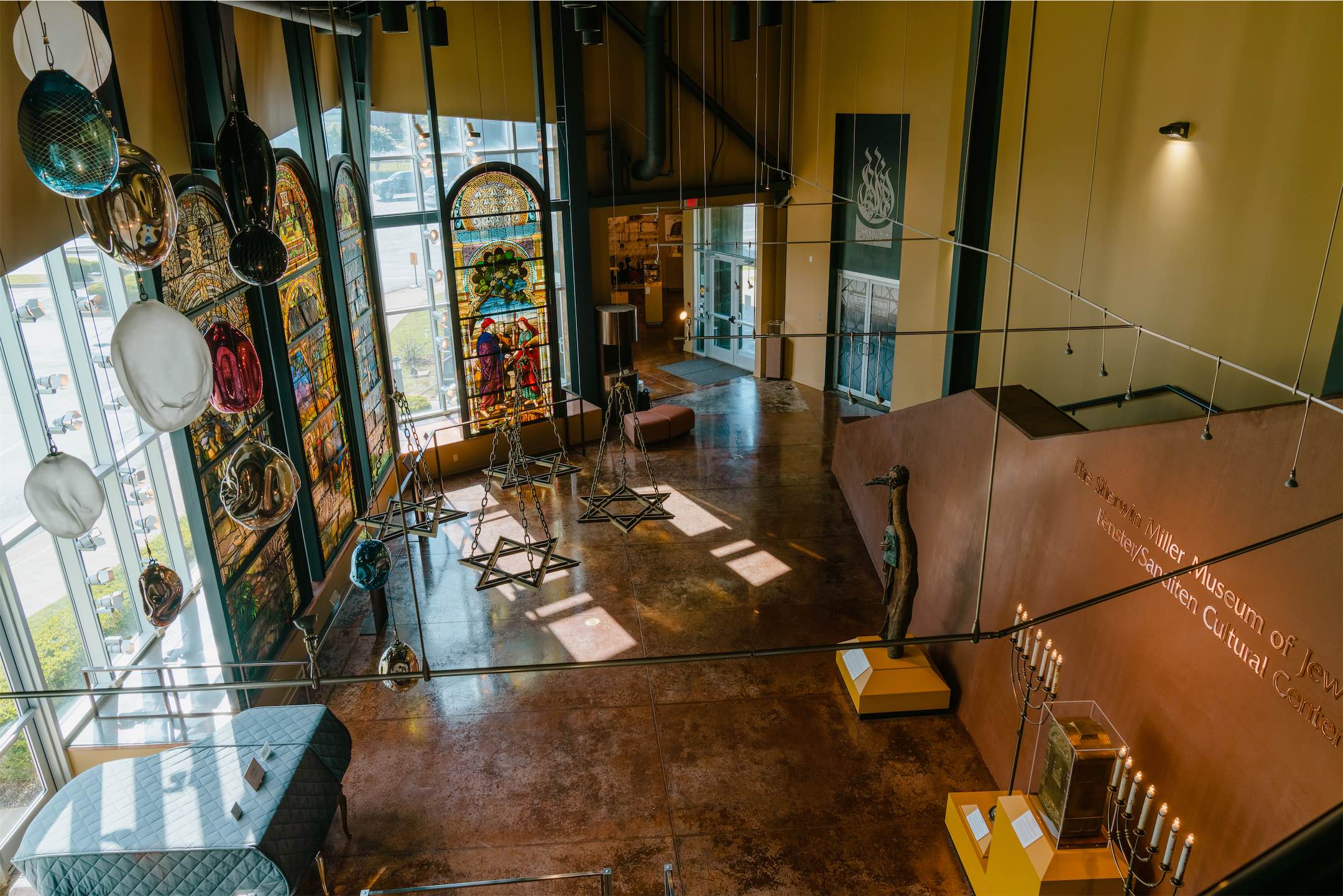 Interested in joining the SMMJA community? Members play an important role in helping us continue to promote Jewish heritage, culture, history and community while also gaining access to the following benefits: